Closing the gap between textiles and IoT

Paulino Vacas-Jacques, founder of MoTeBo, met with Madelaine Cornforth at Hannover Messe in April to discuss the company, its technology and bridging the divide between textiles and technology.

The textile industry, in its conventional form, could not be more different from the tech world, with its fast-paced adoption of new technology and significant, short-term investment periods. However, with Industry 4.0, the Internet of Things (IoT) and consumer demand for added function and value in garments, the need has risen for these two industries to come together with wearable technology. 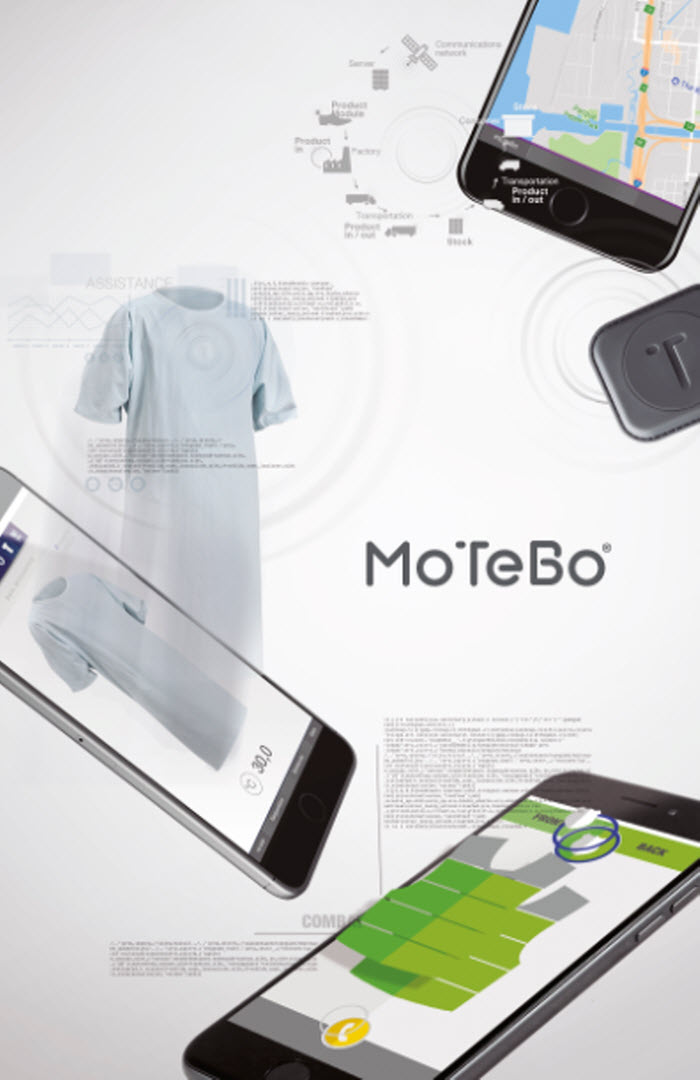 There is now an increasing number of start-ups developing wearable technology for a variety of industries. One of these companies is Mexico-based MoTeBo. The start-up develops textiles for wearable technology and IoT, employing proprietary technology. MoTeBo invented its Textile Motherboard (TMB), which turns a simple garment into an intelligent device. The technology can be applied to create and enhance an infinite number of consumer products, or to build innovative industry solutions, the company continues.

MoTeBo designs everything itself, from hardware to software, owning a number of patents. One of the company’s main goals is to create intelligent textiles by incorporating TMBs into textile products. According to the company, a TMB-based product is composed of three components: 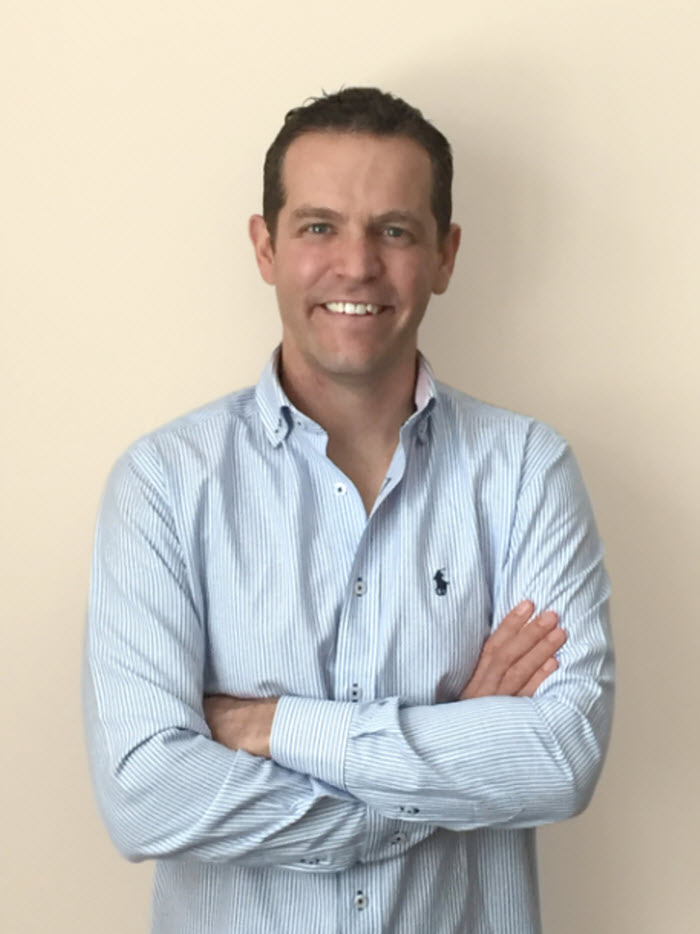 The company, which manufactures everything in the US and Mexico, was founded by Vacas-Jacques* when he was working at Harvard Medical School in Boston and Massachusetts General Hospital. “We were developing very high-end technologies, for instance catheters for cardiovascular disease,” he says. “However, it is technology that only a few percent of the population are going to be able to use, just because of how complex it is. At the same time, I was working at MIT (and we still collaborate with them). That’s where the idea came about – bridging the gap – we have tons of people that use textile industry databases, so why don’t we try to incorporate technology that can make their lives better? 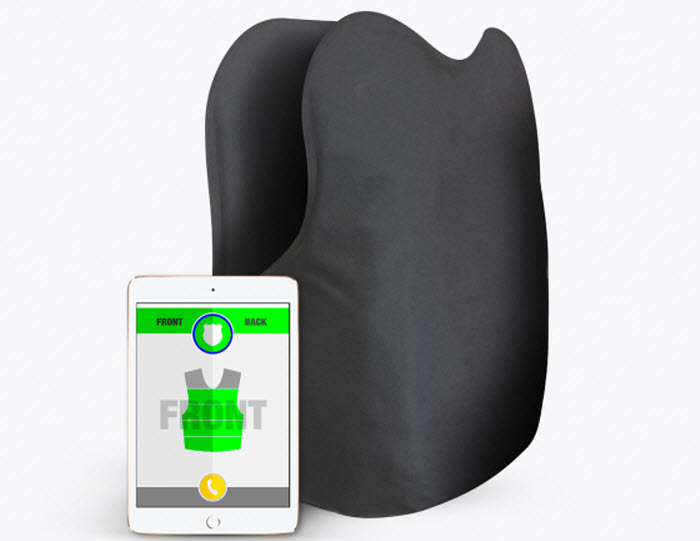 “I started the company with that focus in mind but making this happen entails a very complex integration. It took us roughly two years to build the groups that are stable enough and strong enough on the areas that we need for the technology to be a reality.”

Vacas-Jacques has not found it easy collaborating textiles and IoT technology, particularly as the industries are structured very differently, and the companies within the two sectors have very different mindsets. “Since there is still a pretty big gap, what we have found is that we need to bring a complete solution to the client,” continues Vacas-Jacques. This is one of the reasons why the company is working on IoT and wearable technology solutions for different markets.

The company works on three branches of the textile market: security; healthcare; and automotive. “With these different branches, our preferred way of working is providing a solution,” adds Vacas-Jacques. For the company creating a full solution means building the textile hardware, building the electronics and the IoT platform and selling as a complete package. 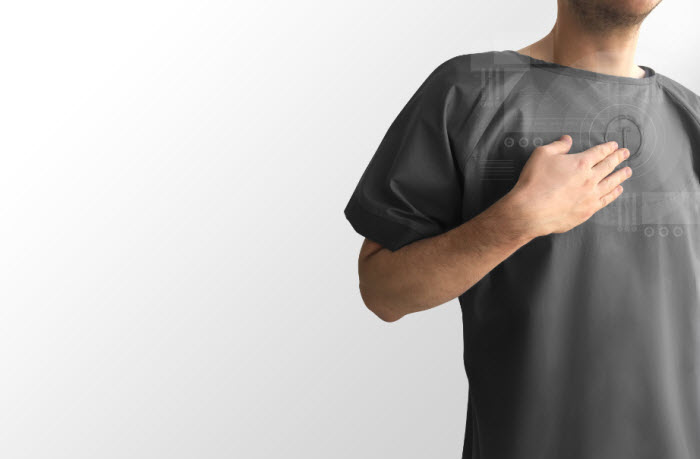 MoTeBo in the healthcare industry

The company’s solutions include a bulletproof vest, which incorporates a bullet impact detection system, monitors the ambient pressure, temperature, the wearer’s location and the humidity of the location, amongst other things. The sensors in the product send data to the IoT platform every 15 seconds, in active mode, or every second in real-time or combat mode, with the battery lasting around two months in the latter mode of operation. The battery however, will last a lot longer if the data is sent across longer stretches of time, such as once minute, i.e. in patrol mode. The data is recorded and then analysed to provide information that can influence future decision making.

Also, for the healthcare industry, the company has developed a connected hospital gown so that if a patient suffers something out of the ordinary the doctor can attend immediately, and the data is then stored and analysed for future diagnosis and health patterns. 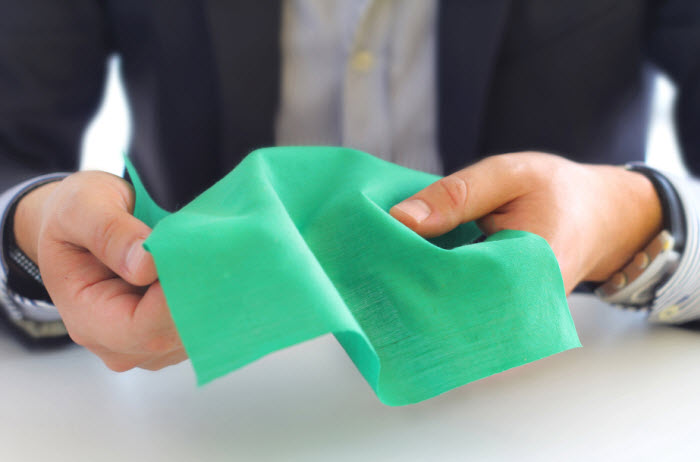 The analysis part of the wearable technology is important to the product, providing the added functionality that Industry 4.0 requires. Vacas-Jacques qualifies this: “Without the analytics, there is no value. Products that need little analytics are a pre-Industry 4.0 product and are already available on the market. But, adding that functionality gives you what the market is waiting for right now. For example, we have a smart jacket that is in the early stages of development and this is not a cheap product. Therefore, people are expecting more than simply a jacket that helps them with what they could do 5-10 years ago.” He continues: “Data analytics eventually leads to decision making and is therefore a key feature that you need to have.”

As previously discussed, Vacas-Jacques has encountered problems trying to work with both IoT technology and the textile industry, which is typically quite traditional. When working with both these industries, he describes it as, ‘more of an art than a science’. He says: “It’s not straightforward. You’re dealing with two industries that are not totally apart, but quite far apart. One of them can expect some defects and it’s not as important, but with the other one, you can’t afford to make any mistakes, to miss a catheter for example. It’s not going to work, but you can still wear something that’s torn.

“It’s been rather complicated but what we’ve found is that bridging that gap is critical for the adoption of the technology, let alone just changing the mindset – which is another thing in itself,” adds Vacas-Jacques.

He continues: “For instance, we often go to the Silicon Valley area and talk to [tech] manufacturers and they say, ‘Yes, we’re going to do this, we’re going to make this circuit that’s going to be for wearables’ and then when you try to bring it back to the textile industry, you have to slow down. You have to close that gap and propose a solution.”

As well as adoption of technologies, Vacas-Jacques has found other challenges to the take-up of wearable technology. One of these is the financial struggle. Investment in a new market can be daunting for conventional textile companies, whereas tech companies are traditionally more open to seeing the value of different ventures, due to the nature of their businesses. A lot of textile companies are long-standing family run establishments that have a structured way of working, so asking them to deviate from this can be problematic, in Vacas-Jacques experience.

Then, in terms of the technology itself, Vacas-Jacques and the MoTeBo team have met some roadblocks. “With what we’re doing, one of the challenges that needs to be addressed is how you make everything compact and comfortable [whilst doing its job as a technology],” says Vacas-Jacques. “Some people don’t like some features; the connectors are complicated, so tech-wise there’s always challenges to address. And then there is the network for commercial exploitation, which is also complicated. We’ve been trying to use channels that we have already open, so as not to build from scratch. It’s been working, but there have been a lot of challenges.”

Despite these encounters, Vacas-Jacques knows that it is a very good time to be in the wearable technology market, providing textile products with added IoT functionality. He says: “It’s not straightforward but so far we’ve a lot of interest in terms of both companies and clients for the technology. One of the ways around a lot of our complication is when you explain the technology and the investment to companies in a language that they understand, that’s when people just click.”

MoTeBo is concentrating on opening networks and discussions around the globe, with a particular focus on the US and Latin America due to proximity but is also reaching out to companies with a similar mindset in Europe, hence its decision to exhibit at Hannover Messe in April. The company will also exhibit at a number of US-based security shows with its security products later this year.