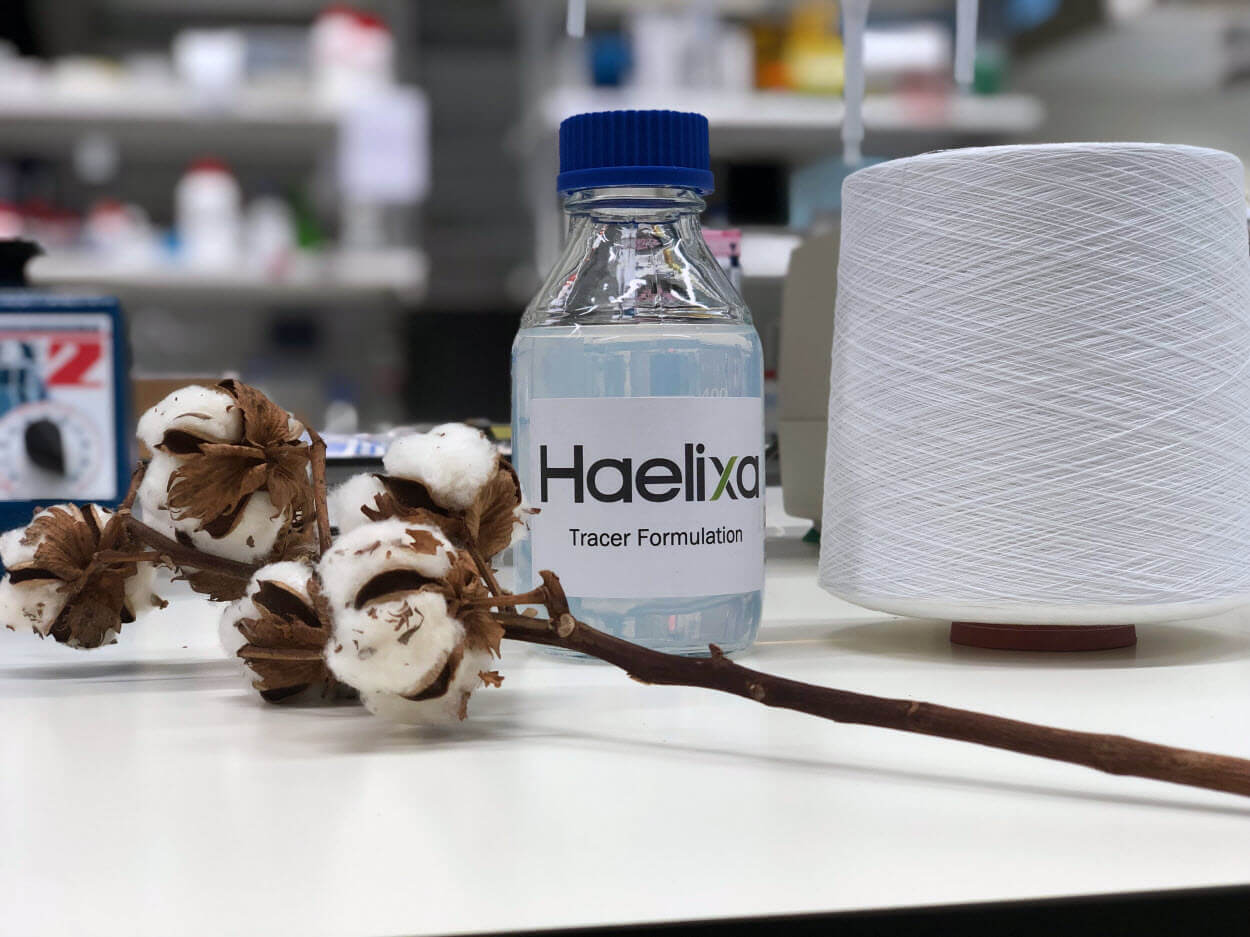 Numerous buzzwords have emerged over the years in response to notable global developments, but these words and phrases are often overused and, in some instances, lose their meaning.

Sustainability is a good example. Throughout the last two decades scientific research has suggested that we need to change our lifestyles: a recent United Nations report predicts that by 2050 the “equivalent of three planets will be required to provide the natural resources needed to sustain the current global lifestyle”.

Businesses have reacted to this in recent years by launching what has become an endless stream of sustainability-themed marketing campaigns, all of which promote products and/or solutions that are backed by unquantifiable figures.

But in order to become truly more sustainable the co-founder of Switzerland-based Haelixa, Michela Puddu, believes that traceability and transparency are key. 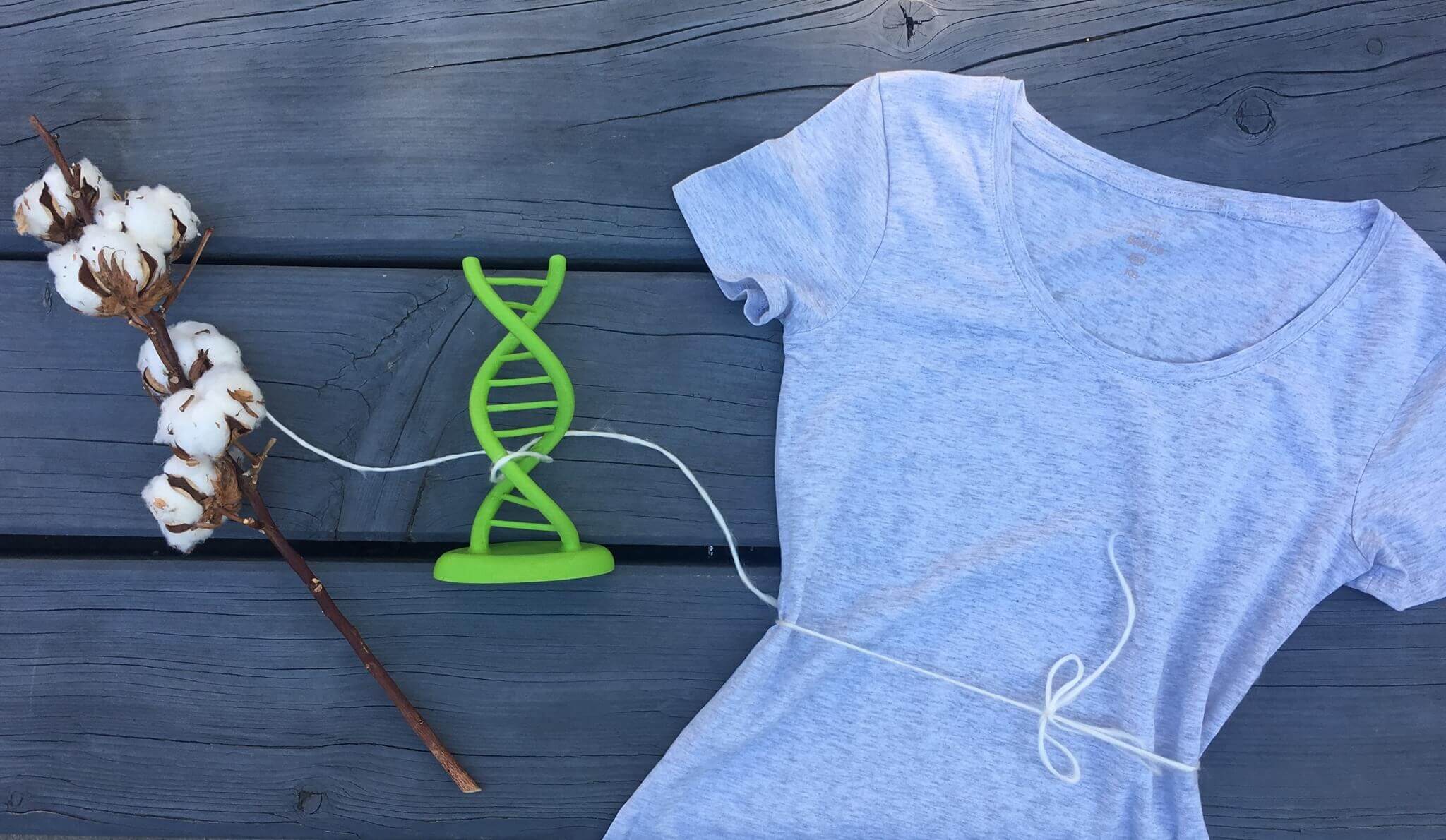 Now that complex supply chains have become the norm, enabling product traceability has never been more challenging. But environmentalists are concerned that these complications have arisen at a time when traceability is of the upmost importance.

Dr Michela Puddu, while studying for her PhD, realised that current traceability systems, such as certifications and more recently blockchain, “all miss the physical link to the real-world product”. She explains: “You have a flow of information and you have a flow of the physical product which travels in the supply chain separately. This can lead to potential fraud because it is possible to replace a label, falsify a certificate and record false information either on paper or on a blockchain.”

To combat this, Haelixa – a spinoff of ETH Zurich – was established in 2016 and focuses primarily on transforming the textile supply chain.

“Textiles and luxury goods are a big business,” says Puddu. “Sourcing and production occurs mainly in developing countries where checks are harder to implement. Even when garments are labelled as ethical and sustainable, there is often no proof that it reflects reality. Transparency is a necessary step to move towards more efficient, sustainable and ethical value chains. So, we (Haelixa) trace all kinds of natural fibres and textile fibres, and we trace precious stones and metals from the mine to the retail store. We are also extending our reach by applying our traceability systems to the agriculture sector.”

In a bid to fulfil its ambition, the company has taken the approach of recoupling the flow of products with the information related to them by marking the product with some DNA traces, otherwise known as markers.

“These markers contain product information and this is integrated inside the product materials,” Puddu says. “We spray these markers on the raw materials like cotton early in the supply chain, but this process can take place at any point, whether that be at a spinning mill or at a dyehouse.

“Each marker is unique and can identify the specific producer, individual manufacturer, or even the specific batch if needed. We therefore provide a product with a specific identity which contains information about the origin and the product’s history. At any point, it is possible to perform a paternity test with a portable device which can determine the origin of the product and ultimately verify the claims of this product.” 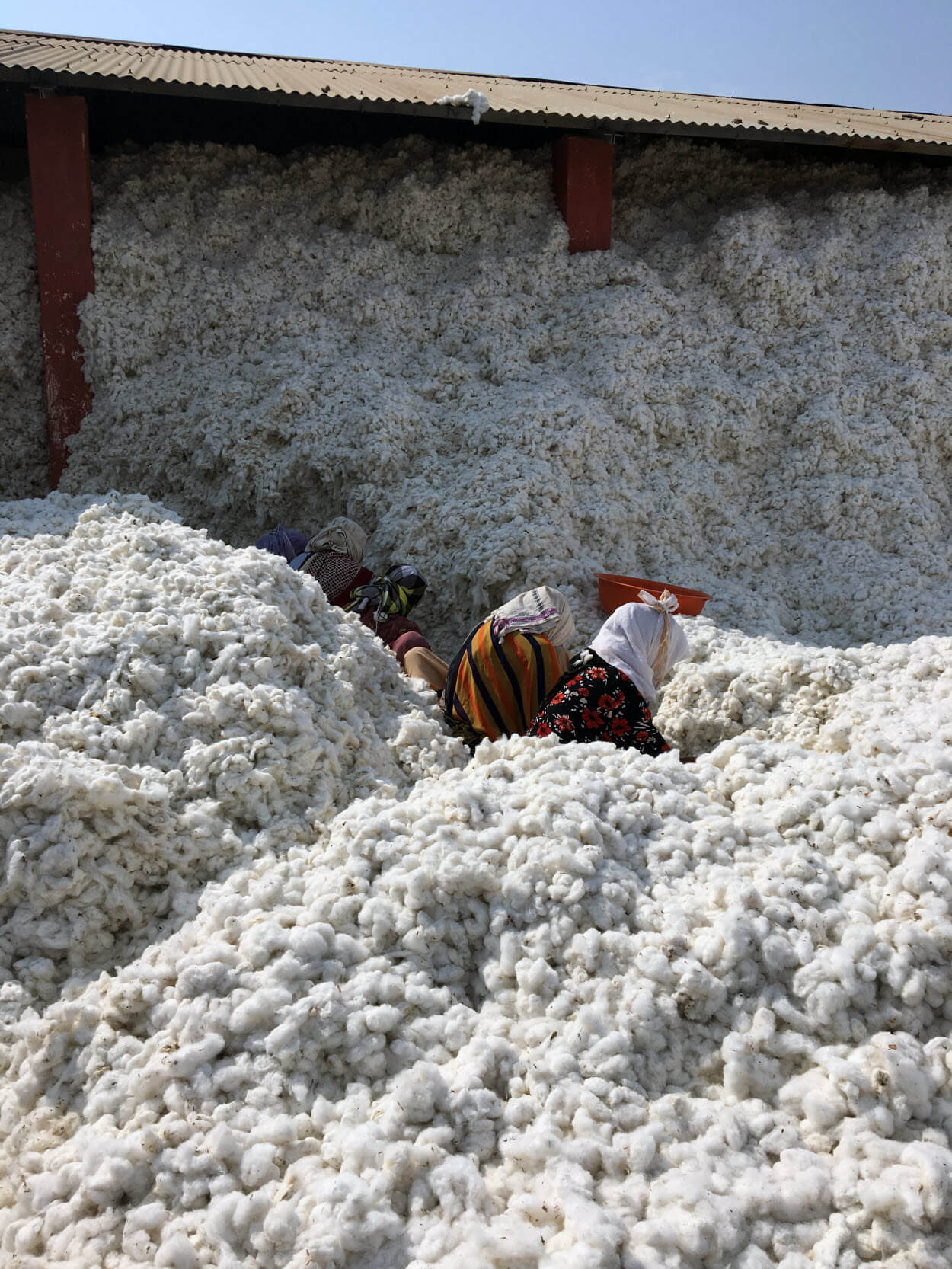 However, companies from across the textile supply chain have not always welcomed change. Investment costs and a lack of knowledge means many businesses have retracted from implementing newly-developed technologies.

“Obviously the technology is really high-tech but the way it is supplied is actually really simple because our client - be it manufacturer, producer, or retailer – receives a kit which contains a liquid formulation that is sprayed. This can be performed quite easily following provided instructions and it is often automated,” Puddu says. “The read out is also very simple and can be performed by any operator or external laboratory using our analytic kit and with only a minimal degree of training required.

“The analysis is non-destructive. It is not designed for the end consumer because there is yet to be a paternity test on the physical samples. So you need to – with a cotton swab for instance – get a sample from the garment or the fabric, but this is something that the end consumer is unlikely to ever do. It is meant for the actors of the supply chain so that they can be sure of what they are buying and selling and pass this certainty onto consumers.”

There is also an ethical question to this. The textile industry has been scrutinised of late, which stems from the fact that businesses within it have been operating with little to no regard for the environment. Critics go further by pointing the finger at governments who are blamed for pursuing economic growth as opposed to protecting the environment.

Puddu adds: “Of course there are a lot of discussions ongoing and policymaking taking place about traceability. But it is a process that is going far too slow compared to the timeline of shifting consumer behaviour and of the need of the industry, which has to be more sustainable and ethical if it wants to accomplish the Sustainable Development Goals.”

A growing consumer awareness of the environment means the brands, retailers and manufacturers are now starting to become more transparent. However, engaging in greater transparency will only be worth their while if they are part of an ethical supply chain.

“Transparency is what consumers are increasingly demanding,” Puddu says. “This is something that was previously a choice for businesses, but it is now becoming imperative and corporations have to satisfy this need in order to provide the visibility that is being required of them. To do that, they need to incorporate traceability into their supply chain.”

Haelixa remains in its infancy but Puddu reveals that, in the three years since the company was founded, the signs have been encouraging. The company attended World Cotton Day 2019, during which Haelixa attracted a lot of interest.

She says: “We have received a lot of positive feedback. The traceability and transparency trends are here and manufacturers and retailers all know that sooner or later they will arrive at a point where they will be forced to implement transparent business practices.

“The good news is that there are a number of pioneering brands and manufacturers who have already implemented these solutions and are therefore leading on this. It is important to them because they are constantly competing to gain an edge over their competitors. There are also companies who are slower moving because they are reticent to new technology or investments that do not generate an immediate return, but they are likely to get on board with the idea of greater transparency once they see successful use cases and realise that it can, and will be, profitable.”

Moving with the times

At the same time, technology continues to evolve so it is important that traceability systems – like those produced by Haelixa – are able to develop at the same rate. They need to be versatile so they can adapt to future demands, which will likely be shaped by the world’s rising population. Analysts predict that transparency and traceability will become more significant with every passing year as pressure builds on businesses to change their approach when it comes to ethics and the environment.

“There are constant improvements being made,” continues Puddu. “Let’s say the step to really enhance the level of transparency is making sure that the systems are implemented in all critical supply chains. Bringing transparency means assuring that the product is what it claims to be – verifying its integrity and authenticity, as well as validating its origin and the manufacturing facilities that the cotton fibre has passed through. All of this allows the actors in the supply chain to know what they buy and what they sell and, regarding ecological and environmental standards, if you know the place of origin you can better understand the condition or standards in relation to the product that has been produced.”

The last 12 months have been positive for Haelixa but Puddu hopes for further expansion in 2020. Currently, the company works most closely with Swiss or European organisations, but Haelixa is a global company and aims to build closer ties with businesses on all seven continents.

Puddu also wishes to see a significant acceleration of the shift in the textile industry, so much so that brands and manufacturers will see transparency as a necessity rather than a choice. This, she hopes, would put more pressure on their competitors to implement traceability systems and take the transparency agenda more seriously.

“Given the speed at which the fashion world moves, it is unrealistic to believe that governments will enforce a greater degree of transparency anytime soon,” Puddu states. “Instead, pioneering brands, movements, non-profit organisations and ultimately consumers are left with the responsibility to influence and direct the industry in a much shorter timeframe.”

Consumer awareness around the issue of sustainability within the fashion and apparel industry is predicted to grow further in 2020, but statistics suggest that their buying habits have not yet altered to a degree that is deemed worthy of instigating change among the majority of brands, retailers and manufacturers despite the vast majority of marketing campaigns promising otherwise.

There is also an educational aspect to all this which Puddu considers to be highly significant. She adds: “We need to focus on educating the world about the benefits of traceability and work together to achieve greater transparency. On the one hand, consumers who are not aware of these issues need to be educated on how significant traceability and transparency are. On the other hand, slower moving brands need to be convinced that being transparent makes good business sense; this, it is hoped, will encourage them to take a lead on spreading green business models.”