Everlight Chemical’s Sam Chen outlines the opportunities that presented themselves during the pandemic and provides an inside perspective on the company’s decision making. Joseph Link reports.

The production of textile dyes in recent years has been a contentious issue. The world relies heavily on China’s dye intermediate suppliers but, following the enforcement of stringent environmental regulations on chemical companies, many have been forced to cease trading thus resulting in soaring prices.

Fast forward 12 months and the Covid-19 pandemic has caused issues of a different kind. Demand for key digital textile ink types, particularly dye-sublimation, have slumped in 2020 as fashion and apparel sales plunged.

Everlight Chemical’s Sam Chen, Deputy Head, R&D Centre, says: “Covid-19 has prevented consumers from shopping due to imposed lockdowns to slow the spread of infection. According to a report conducted by the International Textile Machinery Federation (ITMF), these measures have had a profound impact on current textile orders which are down by 42% on average worldwide. The pandemic has forced many companies to close: since Everlight Chemical was established in 1972, nothing has affected us to this extent.”

But there is now light at the end of the tunnel following news that three effective vaccines have been developed, one of which – the result of a collaboration between BioNTech and Pfizer – is being rolled out in the UK.

It will be many months, however, before vaccination programmes begin to take effect – which is of little solace to large swathes of the world’s population enduring a second wave of the virus. To those people, the lifting of restrictions remains a distant dream. Chen, speaking to me from Everlight Chemical’s headquarters in Taiwan, where the Covid-19 virus is incidentally less prevalent, predicts a slow economic recovery.

“It is likely, even after vaccination programmes are completed, that we will witness a Covid-19 hangover,” says Chen.

Some people will remain afraid of the virus, or will be hesitant to receive the vaccine, and so the economic recovery may take longer than anticipated.

“At best, we think the global economy will take one to two years to recover [to pre-Covid-19 levels],” says Chen. “Even though a vaccine is being rolled out, it will take several months before it, and others, become ubiquitous. But following positive news [about vaccines] in recent weeks we believe consumer confidence will return, even if it takes longer for restrictions in some countries to be lifted.” 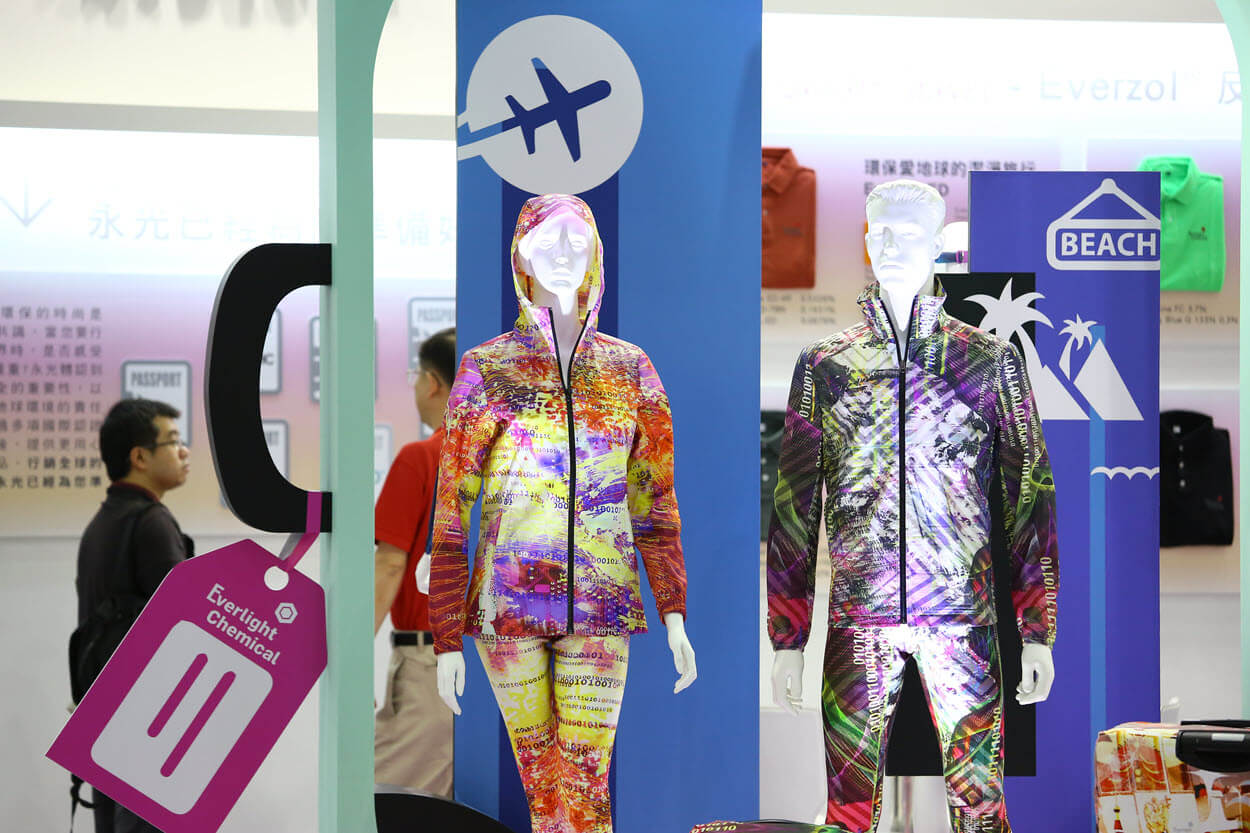 Chen, however, points to the fact that no clear end date is in site despite vaccine approval and there are legitimate fears that further setbacks are just around the corner.

Predicting the future in a year as uncertain and as unpredictable as 2020 is an impossible task. According to Chen, the unwavering demands of textile industry, which chemical producers have thrived upon interminably, were eroded this year. It could be a long time before they return in conjunction with consumer confidence.

There have undoubtedly been setbacks for chemical producers in 2020, but there are also suggestions that issues have been exaggerated. Chen believes there is room for optimism in certain quarters. “Some highly populated key textile producing nations – China, Turkey, Pakistan, and India, for example – are still seeing a strong demand for dyes and inks, even though that demand is not at its peak. Because of the supply and demand imbalance, the market competition becomes more cutthroat. But luckily, we have prepared for an imminent uptick in demand because the impact of Covid-19 in Taiwan (where Everlight Chemical’s headquarters are located) is comparatively less severe than in other countries.”

Adapting to the crisis

Although some businesses have suffered more than others from government restrictions, the pandemic has had overwhelming implications for companies across all industries, particularly around logistics and employee safety.

“Companies with solid finances who have and continue to provide strong technical support will survive, and even grow, beyond this crisis,” Chen says. “It was important we remained in close contact with our customers throughout the international lockdowns but to do this we had to adapt and change our communication style. Since the pandemic began, we have stayed in touch with our customers regularly through online communication tools.”

Maintaining customer satisfaction in these unprecedented times is no small feat and is something many OEMs have struggled to contend with, but companies who have succeeded were among the quickest to implement digitalised technologies and software. Broadly speaking, digitalised manufacturing is something Everlight Chemical supports across the board and is expected to accelerate post-pandemic as companies search to streamline their processes, reduce outgoings, and ultimately boost resiliency.

“I believe digitalised manufacturing is the future of the textile industry and we are seeing this clearly through the growth of inkjet textile printing,” says Chen. Later, he quotes Intel CEO Bob Swan: “Bad companies are defeated by the crisis; good companies are better because of the crisis.”

Chen continues: “Our [Everlight Chemical] first product range for the digital textile printing market was launched in 2000. Even though the business started at a slow pace, we believed automated manufacturing would become a trend. We have been focusing on colourant developments, clean processing, and ink formulation since then; we have proven that we can seize opportunities and adapt to fast-moving developments.”

Interestingly, in western economies, exponents of highly digitalised technologies and Industry 4.0 often talk about making reshoring a viable proposition. But Everlight Chemical, who specialises in the production of acid dye and reactive dye inks for the digital textile printing industry, takes a different approach. With a marketing network of agents and distributors in over 100 countries, Chen admits that the company has been offshoring production to remain competitive.

“Many textile manufacturers relocated their production sites overseas, so reinvestment is very important to us,” says Chen. “We keep expanding our business services in the Greater China area, Turkey, South Asia, and Europe. In the meantime, we plan to increase our market share in those countries.” 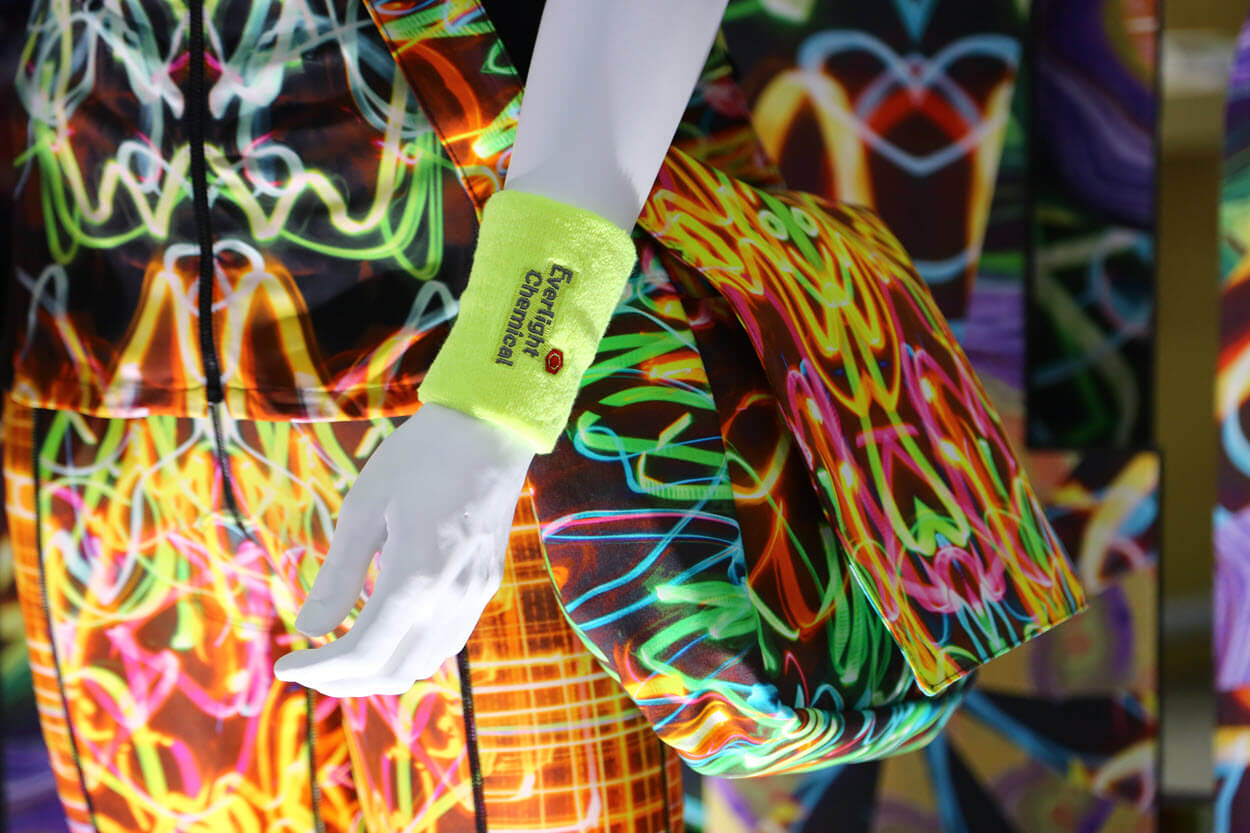 And although 2020 has been unpredictable, and with the first quarter of 2021 looking set to be just as uncertain, like all leading companies in their respective fields Everlight Chemical has a clear plan for the next 12 months.

“We plan to strengthen our regular business and seize new opportunities,” Chen continues. “Covid-19 had a minor impact on Taiwan compared to other countries and we can therefore provide more services to our customers and promote our digital marketing. We hope to capitalise by increasing our market share continuously throughout the remainder of the pandemic era.”

Early analysis suggests that dye-sublimation inks, which are only applied to synthetic fibres, have been the hardest hit of all digital ink categories this year. The fact that Everlight previously focused its attention on reactive dye (cellulosic fibres) and acid dye (nylon) ink formulas inadvertently strengthened its resolve during the pandemic. In contrast, dye-sublimation inks suffered from a drop in demand for fashion and apparel – a market in which polyester has been dominant for over a decade.

Everlight was quick to seize on this development by laying the foundations for a new pigment ink which is scheduled for launch next year (2021). The company also plans to unveil a new disperse dye ink.

Chen concludes: “Our capacity for traditional textile dyestuff is more than 20,000 tons, and we have dedicated a significant portion of that capacity to digital printing products. Last year, we set up a new production line to produce inkjet printing products and now we produce digital textile printing inks in four of our factories, including one in Suzhou, China.”