2020 was a big year for antimicrobial technology company NordShield. Here, the team talks to Jessica Owen about its products and the impact of Covid-19.

Antimicrobial textiles aren’t new. But the Covid-19 pandemic has finally put these products on many more people’s radar. Previously, antimicrobials really only had a place in the healthcare industry, but now applications are extending to clothing, home furnishings and much more.

In fact, our increasing awareness of hygiene, health and wellbeing has led many analysts to believe that the global antimicrobial textile market is one to watch. For example, Market Research Engine reckons that it will be worth US$12.3bn by 2025 – that’s a compound annual growth rate (CAGR) of 7% between now and then.

One organisation is in the midst of this boom is Finnish company NordShield. Established in 2016 as Nordic BioTech Group, the company specialises in producing antimicrobial treatments for surfaces, wound care, cosmetics and now, consumer fibres.

The business was founded by the inventor and polymer chemist Kari Holopainen and Kristoffer Ekman, who is responsible for the commercialisation of the technology. Holopainen (MSc Analytical and Polymeric Chemistry) has more than 30 years of experience in R&D of chemicals in coatings, cosmetics, cleaning, and water treatment. And prior to founding NordShield, Ekman established and headed the commercialisation and business development for start-ups and global corporations such as Accenture Nordic, Cognizant Technology (CTS) and Infosys. 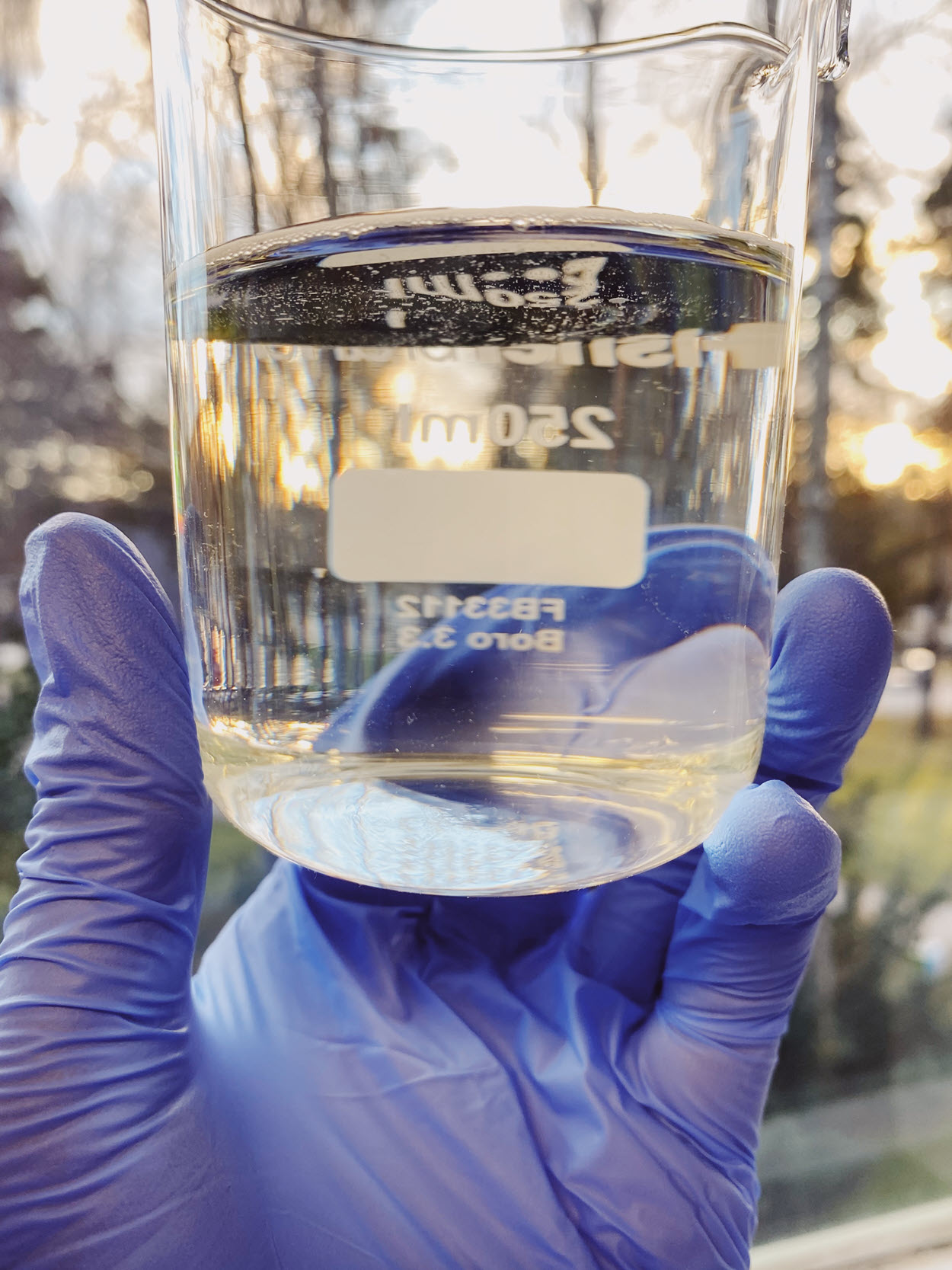 NordShield was founded after more than a decade of R&D

“NordShield was founded after more than a decade of R&D in biotechnology in the field of antimicrobials,” says Ekman.

“There was a clear need in the market for natural-based antimicrobial technology, as the current market standard involves heavy metals such as silver, copper and zinc. For the protection of our planet and its people, we harnessed the ancient powers of Nordic forests to a unique antimicrobial technology that inactivates bacteria, viruses and mold, and stops them from spreading.”

The company can’t say too much about the details of the technology, but it is based on side streams of the forest industry, meaning that to obtain the main ingredients, no trees are harmed, the production is sustainable, and the end product is natural-based. Once the treatment has been produced, in the case of textile and fibre products it is applied using the conventional ‘drip and dry’ process.

“An ultra-thin film forms on the surface and this acts like a physical, yet invisible, armour. It inactivates microbes (such as viruses, bacteria and mold) and stops them from spreading,” says Stefan Sandås, head of technical services, NordShield.

It has been long known that trees have antimicrobial properties. However, previously these have not been sufficiently specified. Therefore, it has been a long process for the company to specify the fractions, create formulas that allow those to be dissolved, and to create a formula that makes them work together in the intended, and stable, way.

The process also requires a large amount of testing and validating, after which comes the regulatory part for permissions, certifications, patents and registrations before being able to enter the market. “All these processes take time,” says Holopainen. 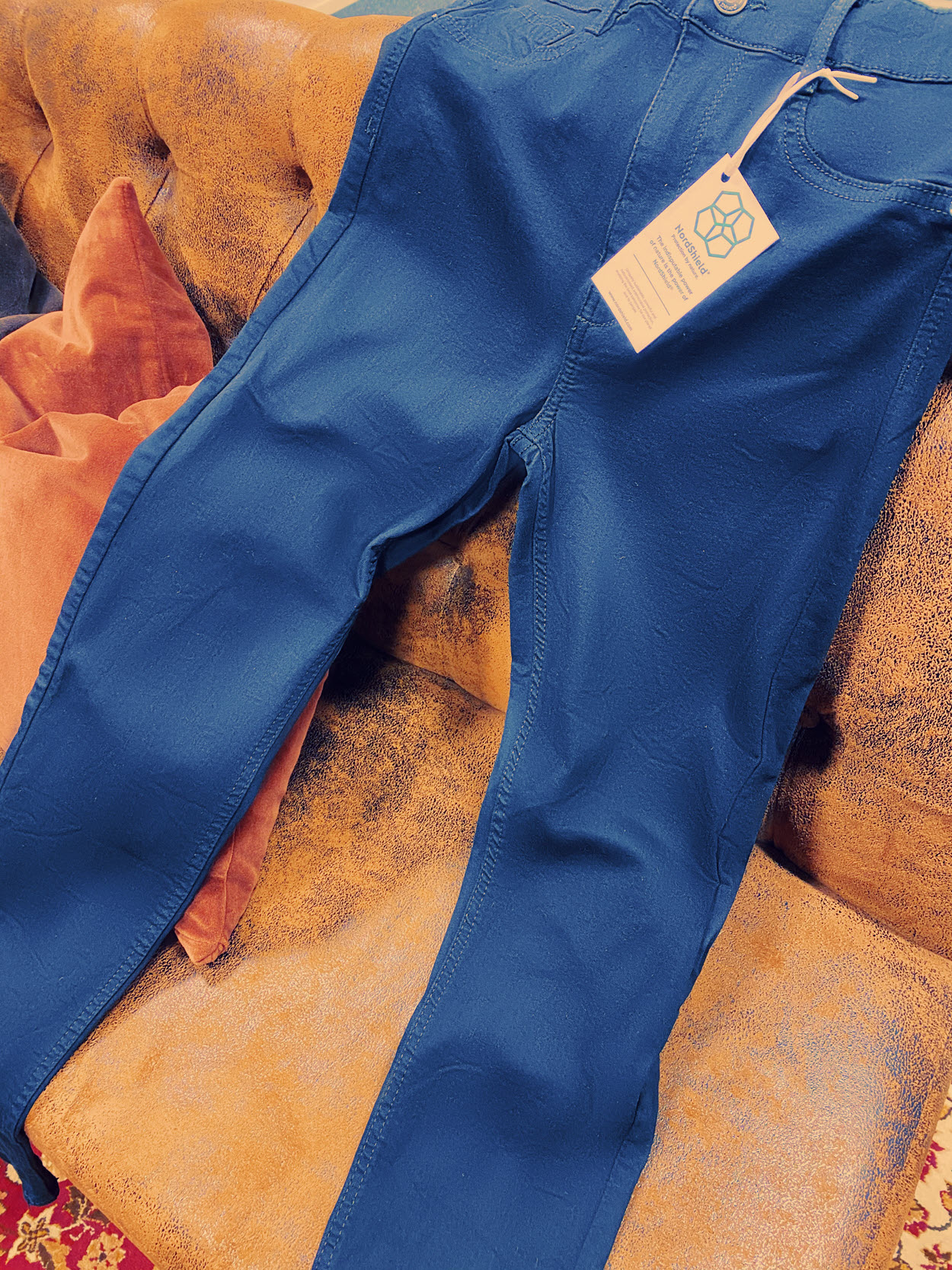 All of this time and effort though has finally paid off. The company has several products, including NordShield Clear for wound care and cosmetics; NordShield Brilliant for face masks, surfaces, hands and feet; and NordShield Fiber for fibre-based applications.

“Fiber applications are currently those that are generating most of our revenues,” says Ekman, which is why the company launched NordShield BioLayr in December 2020. Part of the NordShield Fiber product category, this technology provides textiles such as garments shoes and accessories with a durable antimicrobial layer. Moreover, it keeps its antimicrobial efficacy for a minimum of 30 washes (more than the average lifetime of a garment) and provides protection of at least 99%.

“Access to antiviral and antibacterial protection for everyone is key to stopping pandemics like Covid-19 from spreading, or new ones from forming. By using our technology, brands can offer their customers the next level of added value through a physical and yet invisible armour, while serving current mega trends of naturality and sustainability. 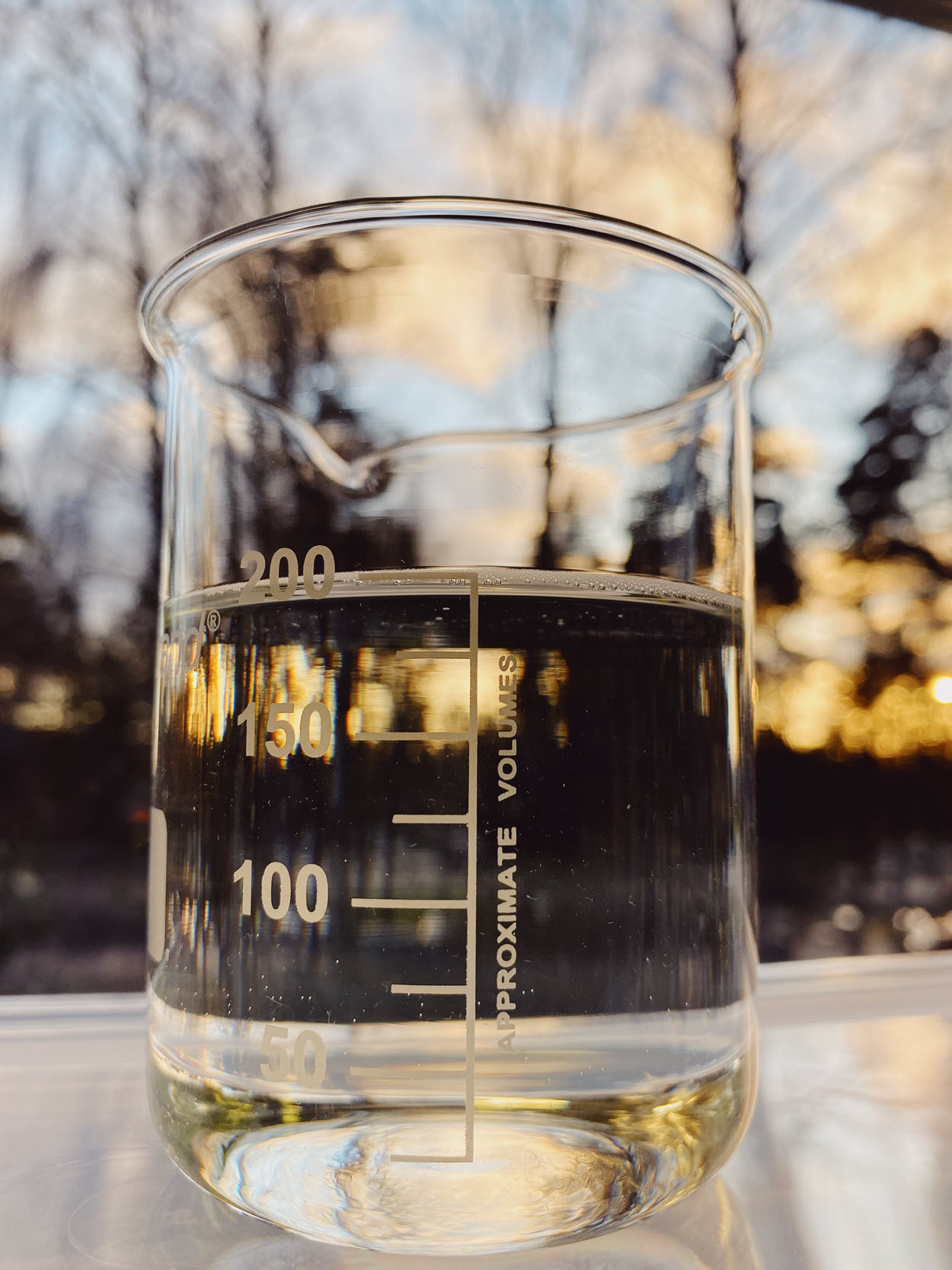 NordShield was founded after more than a decade of R&D

Other significant achievements for the company in 2020 include filing its third international patent (this one relating to NordShield Clear); taking on three new core team members; and being granted with two new certificates (ISO 9001 and ISO 13485).

What’s more, the company’s technology is now being used by brands in the industry. For instance, the Finnish glove retailer Hofler has launched Biotech Gloves with NordShield BioLayr: “The idea for the glove came from the consumers’ needs,” says Timo Räihä, EVP at Hofler. “Especially now during Covid-19, we felt really important to develop a glove that also has a protective function.”

So far, feedback has been “overwhelmingly positive”, says Ekman. “We have had enquiries even from the government of one of the largest nations in the world.”

He continues: “We all know that, especially during this time, antimicrobial technology is highly sought after and many of the companies and stakeholders that we speak to are truly relieved to find out there is finally an environmentally friendly and powerful solution for antimicrobial protection.”

Moving forward, the company is exploring several different paths. But the main investment is what the team has coined NordShield 2.0. This is a new application area for the company that will broaden the application areas of NordShield even further. Additionally, the company has two more product lines already in the pipeline that have already shown ‘highly promising’ test results.

“We are tremendously enthusiastic about 2021 and hope to make it a good year for us and everyone else who can utilise the NordShield technology,” says Ekman.